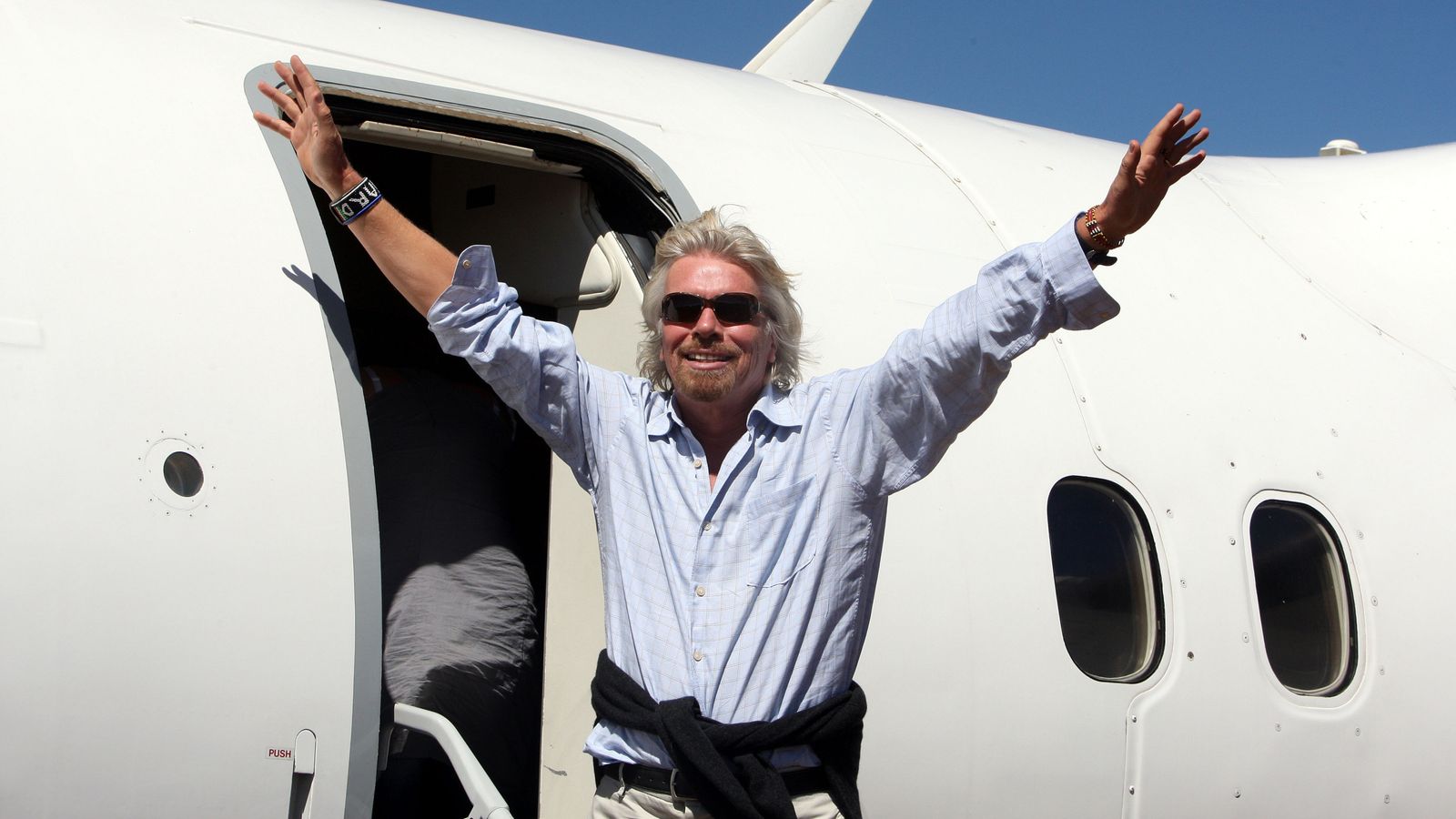 Sky News has learnt that the billionaire tycoon’s flagship company is this weekend close to finalising the new funding, which will include a £100m loan from his Virgin Group, the airline’s majority owner.

The deal, which is expected to be wrapped up in the coming days, will underline the parlous state of the British aviation sector after the government ruled out a return to international travel in time for the crucial Easter holiday period.

Sources close to the Virgin Atlantic talks said its creditors had been supportive of the proposal, which will provide additional headroom in the event of further delays to the resumption of flights.

Under the latest deal, roughly £60m of further deferrals will be granted to Virgin Atlantic to avoid further pressure on cashflows, according to one insider.

An announcement about the package could come as soon as next week.

In a statement on Saturday responding to an enquiry from Sky News, a Virgin Atlantic spokesperson said: “We continue to bolster our balance sheet in anticipation of the lifting of international travel restrictions during the second quarter of 2021.

“This latest £160m financing provides further resilience against a slower revenue recovery in 2021 and follows a $230m financing on two Boeing 787s in January, which allowed us to pay down debt and strengthen our cash position.

“We remain confident that Virgin Atlantic will emerge a sustainably profitable airline and would like to thank our creditors and shareholders, Virgin Group and Delta, for their ongoing support and unwavering belief in our future.”

The pandemic has been brutal for Virgin Atlantic, along with the rest of Britain’s aviation industry.

Last month, Boris Johnson said the government’s global travel taskforce would report by mid-April on options for resuming international travel to “give people time to make plans for the summer”.

Virgin Atlantic’s bitter rival, British Airways – which is part of International Airlines Group – has raised billions of pounds from an equity-raise and provided further headroom by agreeing to defer pension contributions.

Even with Britain’s COVID-19 vaccination programme exceeding initial expectations, many aviation executives do not believe pre-coronavirus levels of demand will be seen again until 2024.

For Virgin Atlantic, a sale-and-leaseback of two Dreamliner aircraft earlier this year enabled the airline to repay some of the debt taken on from Davidson Kempner Capital Management, a US hedge fund, last year as part of the £1.2bn rescue.

Sir Richard’s airline has cut close to half its workforce since the start of the pandemic, with more than 3,000 jobs being axed in the early stages of the crisis and a further 1,150 jobs last September.

The deal voted through by creditors last summer was worth a total of £1.2bn over 18 months, with Sir Richard’s Virgin Group injecting £200m, as well as £400m of shareholder deferrals and waivers.

Other creditors have agreed to defer £450m owed to them, while credit card acquirers including Lloyds Cardnet and American Express reduced the sums they typically seek as collateral.

Sir Richard managed to retain majority ownership of Virgin Atlantic, with Delta Air Lines holding the remaining stake – but only after a fraught period in which administrators were placed on standby.

In an attempt to bolster customer demand, Virgin Atlantic has begun offering free insurance to customers for flights operating until the end of March 2021, protecting them against the risk that they become ill with COVID-19.

Virgin Atlantic is not the only part of Sir Richard’s business empire that continues to feel the pressure of the pandemic.

Sky News revealed on Friday that Virgin Active’s UK operations could become insolvent within three months unless a restructuring is approved by landlords, lenders and shareholders.