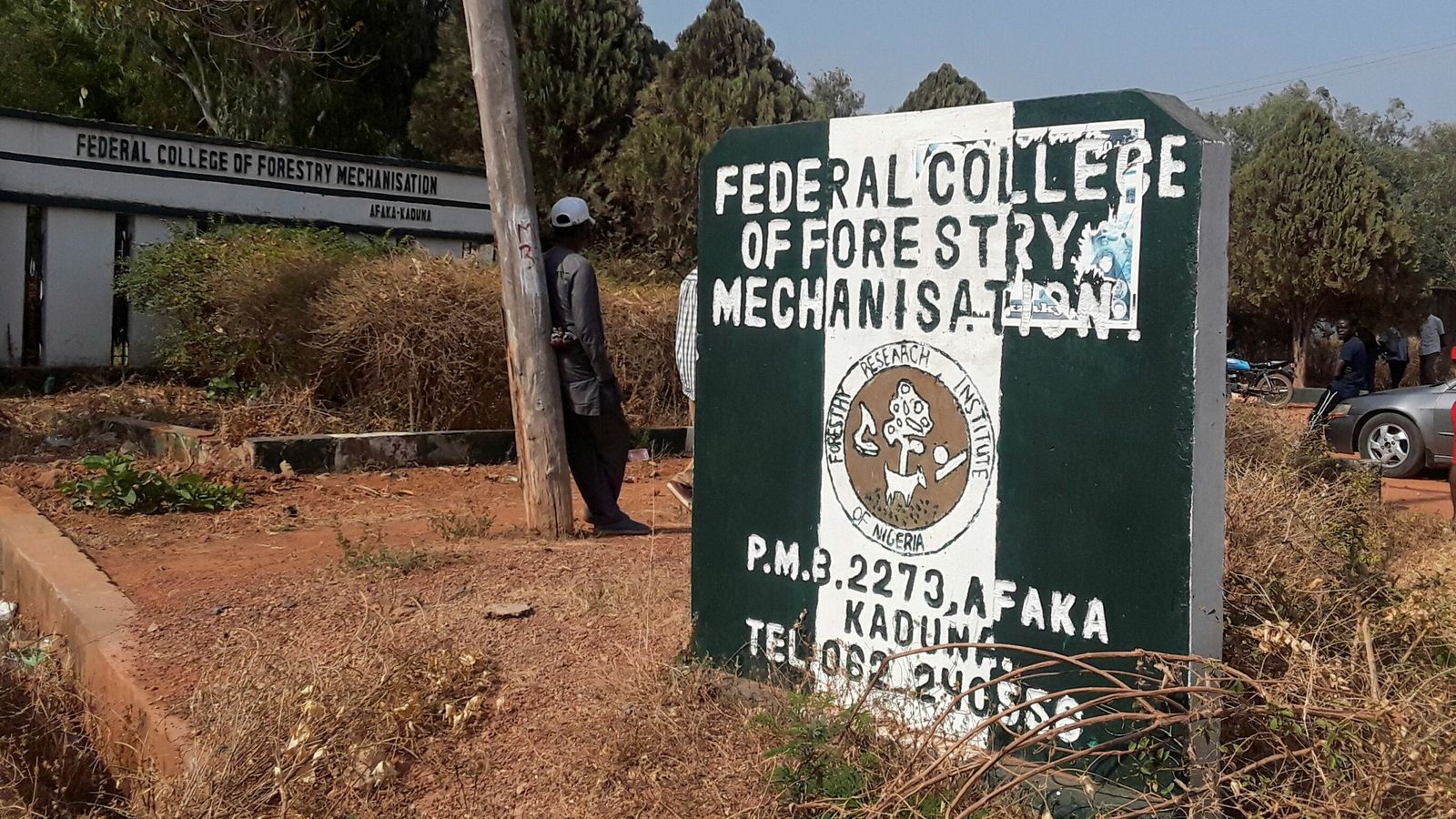 Gunmen have attacked a school in northwestern Nigeria and snatched at least 30 students in the latest of a string of such kidnaps.

The abduction happened at the Federal College of Forestry Mechanization on the outskirts of Kaduna, nearly 400 miles from the capital Lagos.

The gang struck at around 11.30pm on Thursday, according to Kaduna state’s security commissioner, Samuel Aruwan.

He said the army rescued 180 people in the early hours of Friday but “about 30 students, a mix of males and females, are yet to be accounted for”.

Several staff at the school were also kidnapped.

Security forces “are conducting an operation to track the missing students”, he added.

In the wake of the attack, relatives of students gathered at the gates of the college, which was surrounded by around 20 army trucks.

The trend of kidnapping from boarding schools in Nigeria was started by Boko Haram militants, who seized 276 girls from a school at Chibok in the northeast of the country in 2014.

The mass abduction sparked a international outcry and prompted the #BringBackOurGirls campaign.

Despite this, more than 100 of the girls taken have never been found.

Kidnapping has since been taken up criminal gangs demanding ransom.

Within the last few weeks, 279 schoolgirls were freed after being abducted from their boarding school in Jangebe in northwest Nigeria’s Zamfara state.

Some 27 teenage boys were released after being kidnapped from their school in the state of Niger, along with three staff and 12 family members.

One student was shot dead in that attack.

Attempts by the security forces to tackle the gangs have had little success, while many concerned that state authorities are making the situation worse by letting kidnappers go unpunished and paying them off or providing incentives.

In Zamfara, state government officials said they have given “reformed bandits” access to land for cattle grazing, while also building schools and medical facilities.

Last month, President Muhammadu Buhari urged state governments to “review their policy of rewarding bandits with money and vehicles, warning that the policy might boomerang disastrously”.

The kidnapping has become a political problem for the Nigerian leader, a retired general and former military ruler who has faced mounting criticism over the rise in violent crime.